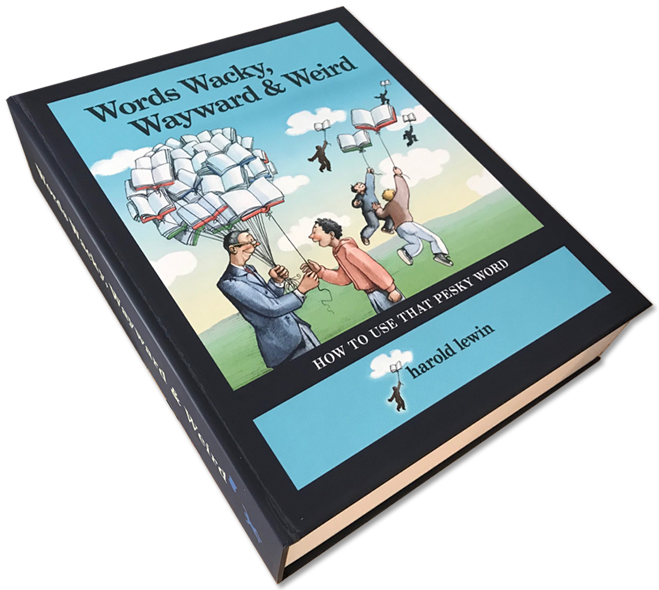 Words Wacky, Wayward & Weird will be of special interest to creative writers, wordsmiths and word game enthusiasts. Now an Amazon eBook for Kindle, this is an enriching and entertaining collection of words to expand your vocabulary. The book illustrates how rare and not-so-rare words are used in commonplace and unconventional contexts.

Unlike a dictionary, Words Wacky, Wayward & Weird gives examples of the way words have been used and by whom. This 1000-page collection comprises quotations from literature, both fictional and technical, as well as from newspapers, magazines and letters of the famous and infamous. With around 17,000 key words, having at least one context quotation and often more, the book provides you with an exciting opportunity to expand your verbal skills and enjoy a critical look at mainly current English.

Words Wacky, Wayward & Weird can now be purchased as an Amazon eBook for Kindle at only $9.99. See the first 85 pages of this fascinating word compilation. 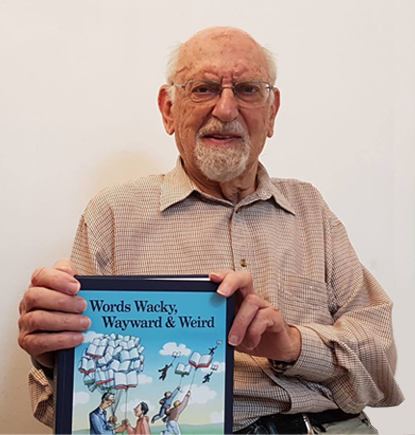 My addiction to the collecting of linguistic oddities was already ongoing, though still in its infancy, when, on a damp winter’s evening in 1966, I heard the late Marghanita Laski’s talk Collecting Words in a public library in north-west London. Words Wacky, Wayward & Weird should interest wordsmiths, those of us who would like to stretch our vocabulary, and also the creative writing enthusiasts. The contents embrace a whole galaxy  of unusual words, including archaic, argot, cant, inkhorn, jargon, literary, loanwords, neologisms, nonce, patois, recherché, scientific/technical and slang. There are many singular words herein, singular in the sense of being strange, unusual, eccentric, or simply difficult. I hope that you will find it enlightening. Harold Lewin, author of Words Wacky, Wayward & Weird.

“I was intrigued … to come across the compiler of this collection, an octogenarian who has invested over half a century of his leisure time in the recording of word usages, … During a lifetime spent in the study and dissemination of the science of Linguistics, I have rarely encountered such dedication to the recording of word applications as shown by this collector. I found many examples of the unusual and the occasional rara avis which should interest crossword, and other word game enthusiasts and wordsmiths …. I have to admit that I had not previously encountered many of these words. I can also see the book’s benefit for … vocabulary enhancement.”